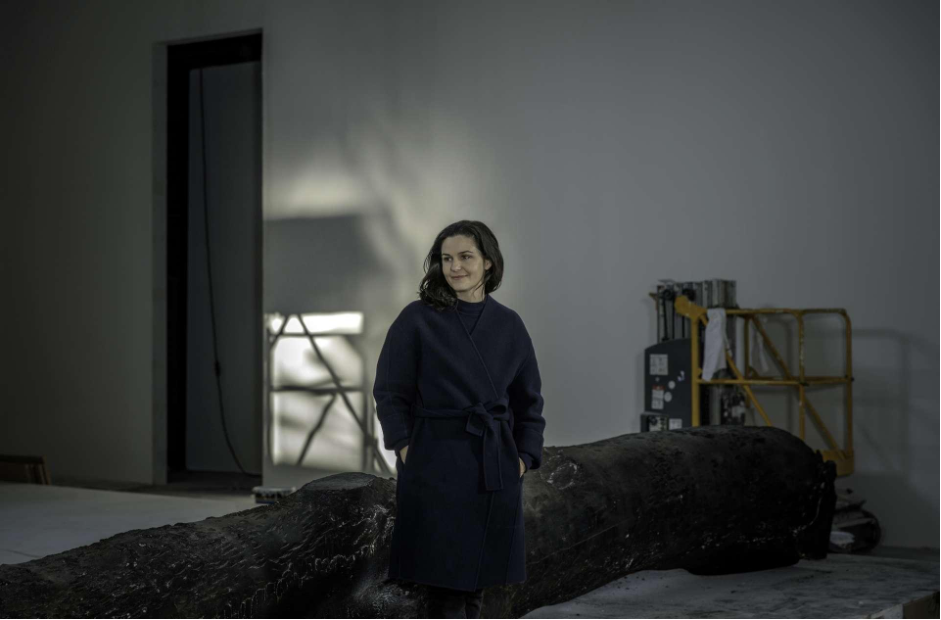 Paris-based Australian contemporary artist, Mel O’Callaghan has been exhibited throughout the globe: paintings, performances, films, videos and installations, from the Palais de Tokyo in Paris (2017), to the National Gallery of Victoria in Melbourne (2017-2018) or the First Street Green in New York (2014). Her latest exhibition, Centre of the Centre, has been curated and developed by Artspace and currently touring throughout Australia with Museums & Galleries of NSW.

Karine Mauris had the chance to ask her a few questions. Sit down and enjoy:

Much of your work seems to pursue the understanding of the human condition and psychology. What is it that your art has revealed to you and seeks to reveal to its audience about human nature?

I am seeking to explore human behaviour and psychology in relation to notions of resistance, endurance and transformation. To do this, my video, performance, installation and paintings often are depicting bodies pushed to the limit, such as Ensemble, a video where a single performer stands in a field struggling against the force of a high-pressure water cannon and ultimately wins. Here and in much of my work, the human body is a site of agency and resilience through which to investigate individual and collective freedom.

Your current exhibition Centre of the Centre combines films of deep underwater life and live performance around the theme of breathing. Can you tell us more about this work and your use of different mediums ?

Centre of the Centre traces the origins of life and its regenerative forces. The catalyst for the work was a small mineral given to me by my grandfather, mineralogist Albert Chapman (1912-1996). The mineral contains a small pocket of water, possibly millions of years old, which holds traces of the elemental forces responsible for all life on Earth. Inspired by the geophysical conditions and potentialities held within this primordial liquid, I invite the audience into an all-encompassing experience.

The film, sculptures and performance that comprise the exhibition capture the circulatory motion of breath in response to extreme environments. Using trance-induction techniques, performers engage in cyclical breathing, potentially triggering altered states of consciousness including ecstasy. Investigating the elemental template of life on Earth, the exhibition celebrates collective strength through resilience.

The filming required a month-long scientific and marine exploration in the Pacific Ocean. As an artist, how do you manage to link science and research with art and what are the virtues of a scientific approach on your work?

Working and collaborating with scientists, anthropologists and communities allows me to better understand the themes present in my practice. These collaborations I undertake are an integral part of the work’s process, and in fact at times becomes the work itself. For Centre of the Centre, I wanted to visit the place where scientists speculate the conditions and composition of the earth’s crust on the ocean floor and how they may be similar to those present when Life emerged from Non-life on Earth, where all life began. To do this I closely collaborated with Emeritus Research Scholar, Dr. Daniel Fornari at the Woods Hole Oceanographic Institution and the US National Science Foundation and had the privilege to join the expedition to the East Pacific Rise on the Research Vessel Atlantis. There we filmed hydrothermal vents on the ocean floor, at a depth of 4kms, using the submersible Alvin. It was a life generating, life changing!

How would you describe your perception of French art? Which French artists have influenced your work?

There is a perfect union of form and philosophy in the work of French artists.

The most influential French artist for me is Maurice Blaussyld. By exploring themes such as absence, repetition, death, and the divine, his work exemplifies everything I love and feel about the work of French art. There is a poetry in the perpetual process of becoming and unbecoming, without beginning or end.

You have opened an art gallery in Paris, Galerie Allen. What is the gallery’s artistic Identity? And why Paris?

My experience of living and working in France for the past 15 years encouraged me to believe that France was the ideal location to take the step to open a gallery. In 2005 I joined a French Gallery and made Paris my home in 2007. I live in a beautiful corner of the 9th arrondissement with my husband Clemens and daughter Theodora. We plan to return home in July after relocating to Australia for sometime during the Covid-19 pandemic. I have been fortunate to have presented my work in institutions in France such as the Palais de Tokyo and the Centre Pompidou.

In 2013 I co-founded Galerie Allen with Australian, Joseph Allen-Shea. Joseph is the director, I see my role more as an advocate. I’m very happy to say we recently moved the gallery to a stunning location in the Passage Sainte-Avoye alongside Art: Concept and Gorvy Levy Gallery. The gallery represents French artists predominantly with others from the US, Hong Kong, Belgium, Switzerland and two from Australia. I think the gallery benefits from our varied experiences to create a platform where commercial is the structure of an entire ecology to support the ethical presentation, promotion and production of contemporary art. It’s wonderful to think we will be celebrating our 10th Anniversary next year. 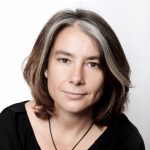