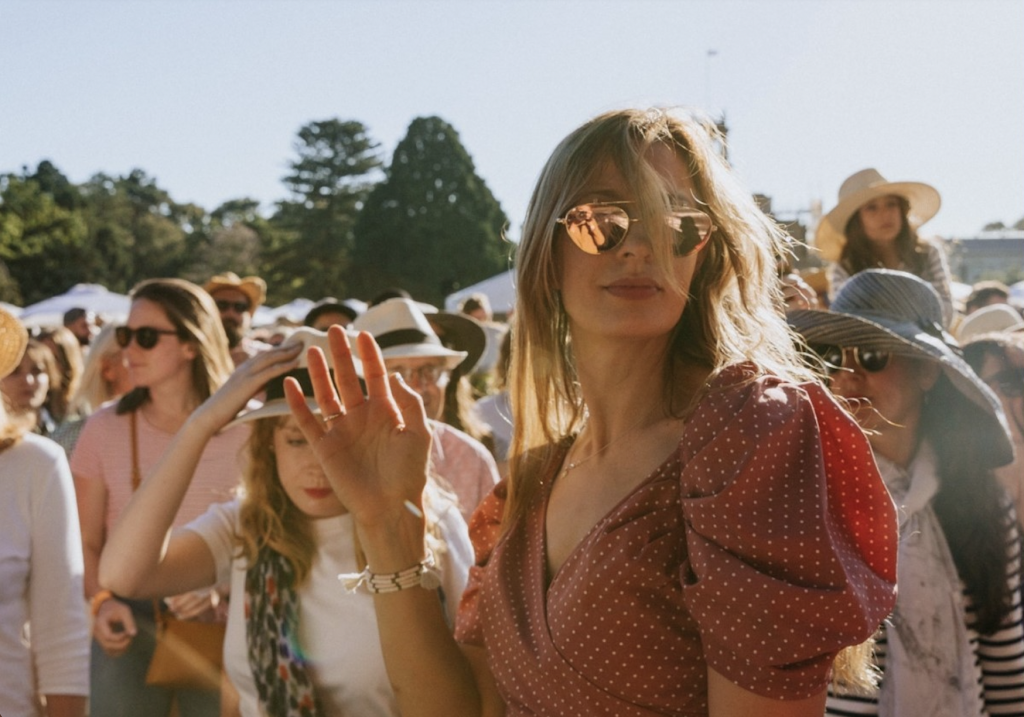 So Frenchy So Chic strengthen the French-Australian cultural bond with a heartfelt collaboration YÉ-YÉ 2.0.

Featuring some of Australia’s leading female artists, including Ali Barter, Nadeah, Montaigne, Ainslie Wills (and more to be announced), YÉ-YÉ 2.0 sees these stellar artists put their own spin on the Yé-Yé sound.

EP 1 features one of Australia’s most profound songwriters, Ainslie Wills, with a  delivery so convincing it’s almost as if she wrote the song herself. Ainslie’s arresting vocal style, when married with the sultriness of a song like ‘Mon Amie La Rose’ (‘My Friend the Rose’) by Françoise Hardy, gives genuine tingles.

Ali Barter’s version of ‘Une Jeune Homme Bien’ (‘A Good Young Man’) by Petula Clark(a song best known to most as ‘A Well-Respected Man’ by The Kinks) is an understated delight. The Melbourne-born classically-trained and critically-acclaimed singer has two albums and four EPs to her name and has previously supported the likes of The War On Drugs and Vance Joy.

ARIA-award-winning, enigmatic and energetic art-pop performer, Montaigne brings her interpretation to ‘À Demain My Darling’ (‘See You Tomorrow My Darling’) by Marie Laforêt, best known as ‘The Sha La La Song’ by Marianne Faithfull.  Montaigne is the only artist to come to the Yé-Yé assignment with an already impressive handle on the French language. The other featured artists, working closely with Melbourne-born, Paris-raised Nadeah on language and pronunciation throughout the recording process.

Renowned for her genre-hopping irreverence and mesmerising performances, Nadeah is a former member of Nouvelle Vague and a longtime friend of So Frenchy So Chic (she also supported the likes of Nick Cave and Franz Ferdinand with the indie-rock group she co-founded, The Lovegods, and has released three solo albums). Always a crowd favourite at SFSC’s festivals, she brings a unique rendition of ‘Ces Bottes Sont Faites Pour Marcher’ (‘These Boots Were Made for Walking’) by Eileen, made famous by Nancy Sinatra.

Yé-Yé 2.0 will culminate in an exceptional live showcase at So Frenchy So Chic festival in Sydney and Melbourne in 2022, where some of these artists will perform the songs for more than 10,000 Francophiles and music lovers. The full festival line-up will be announced next week.

So French So Chic – Interview with Jean-François Ponthieux

SFSC invites you to experience joie de vivre as the French do... With plenty of fine food and wine, sunshine, fabulous music and great company.