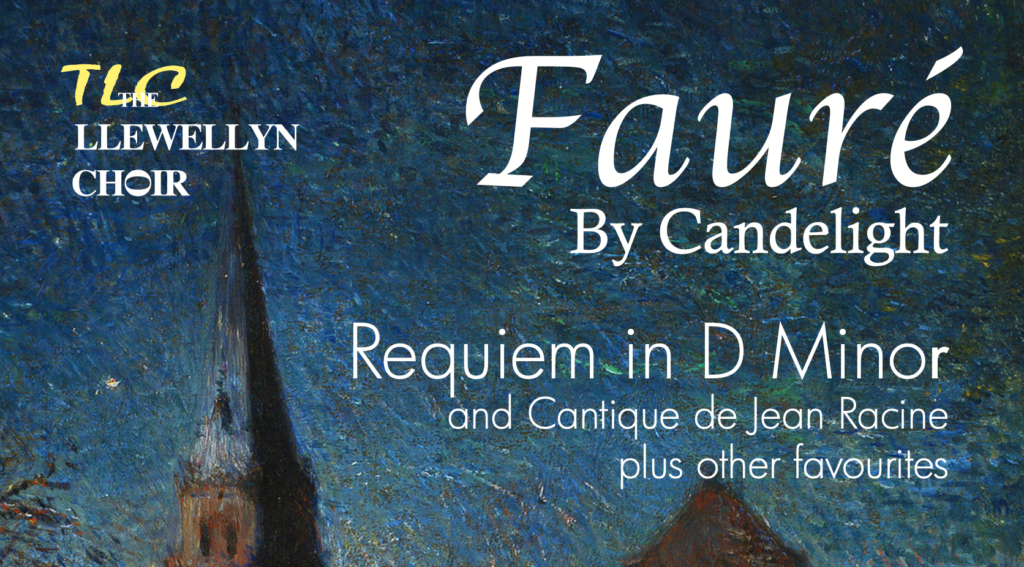 The Llewellyn Choir’s ‘Faure by Candlelight’, an evening of exquisite French music by Gabriel Faure and others, will be performed on the evening of 25 July at Holy Cross Anglican Church, Hackett. The centrepiece will be Faure’s Requiem in D Minor, which is among the best-loved pieces in the entire choral repertoire. Its enduring appeal to Australian choral enthusiasts was confirmed by its listing at 26th place on the ABC’s recent invitation for listeners to vote for their Top 100 pieces of Music You Can’t Live Without.

Composed between 1887 and 1890, its soothing, tranquil atmosphere is designed to comfort mourners rather than impress upon them the enormity of death.

Other pieces by Faure will include Cantique de Jean Racine, Après un Rêve and Madrigal. And to complete the French theme, we will have some pieces by other French composers including Saint-Saens’ hauntingly beautiful Calme des Nuits.

Choral music features strongly in the enjoyment of the performing Arts in Canberra, and The Llewellyn Choir’s is one of Canberra’s leading classical choirs, bringing new and challenging music to Canberra audiences. Rowan Harvey-Martin, one of Canberra’s most respected musicians and winner of the 2020 Canberra Critics Circle award, will conduct, and we will be joined by soloists Rohan Thatcher (baritone) and Antonio de la Torre (soprano), and accompanied by The Llewellyn Sinfonia.