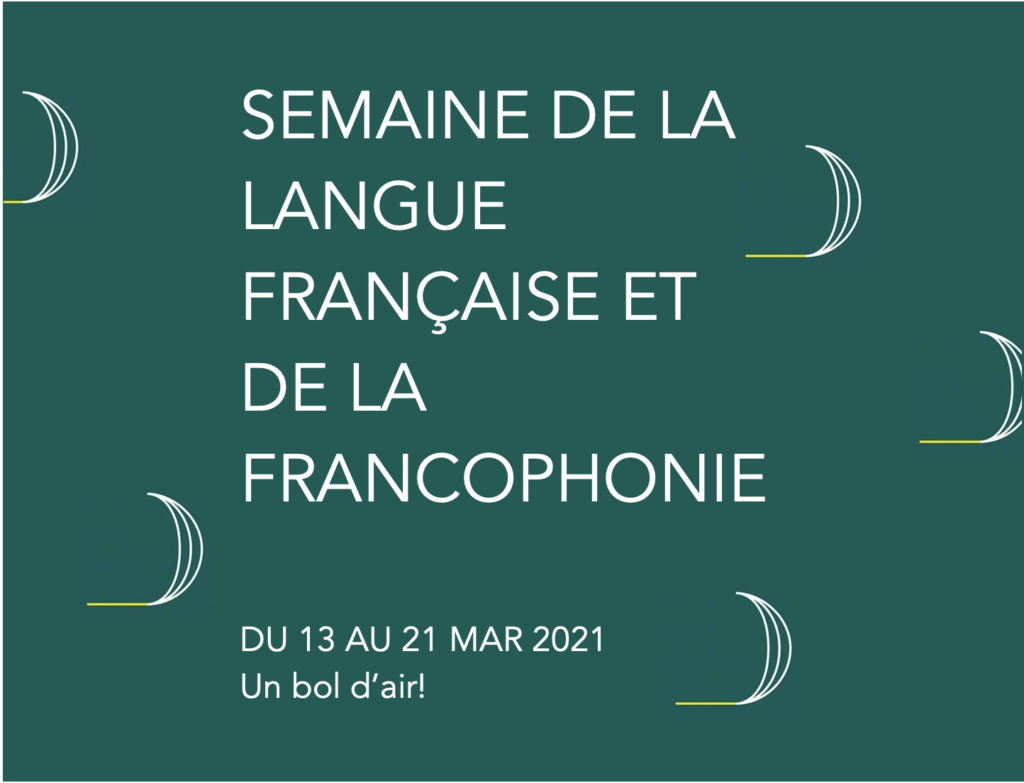 First, what is Francophonie Week?

Francophonie Week takes place around International Francophonie Day, on March 20 each year, and provides an opportunity for French speakers around the world to celebrate the French language in all its diversity but also for non-French speakers to discover francophone cultures, literature, arts and more from around the world. Every year, more than 1,500 events are organised in 70 countries.

Throughout Australia, the Alliances Françaises, the French Embassy, the French Consulate, bilingual schools and all lovers of the French language come together to host events, concerts, talks and competitions. Whether you are a film buff who wants to have a chat with a director of one of the movies in the French Film Festival, a teacher who is looking for opportunities for students to get involved or you are simply looking to discover the diversity of francophone countries, there is something for everyone.

In celebration of Francophonie Week 2021, here are 3 fun facts about French and some goodies to keep you waiting until next year!

Fun fact number 1 – French is spoken all over the world. French is:

These numbers keep growing as it is expected that there will be 750 million French speakers in 2050.

Fun fact number 2 – French is, along with English, the only language spoken on all five continents.

You might have heard French being spoken at the opening and closing ceremonies of the Olympics. The reason for that is quite simple: historically, French used to be the language of diplomacy. It still is, as it is an official language of most international organisations. But most importantly, Pierre de Coubertin, a Frenchman, is known as the father of the modern Olympic games. He founded the International Olympic Committee and planned the first modern games, which took place in Athens in 1896.

Missed Francophonie Week this year? We’ve got you covered.

You can listen to a playlist of New Caledonian artists, practice your cooking skills with this recipe by chef Hervé Laubry and re-watch the Q&A with director Manele Labidi and actress Feriel Chamari.

You are also welcome to submit any ideas you might want to see come to life for the next edition at: education.canberra-amba@diplomatie.gouv.fr