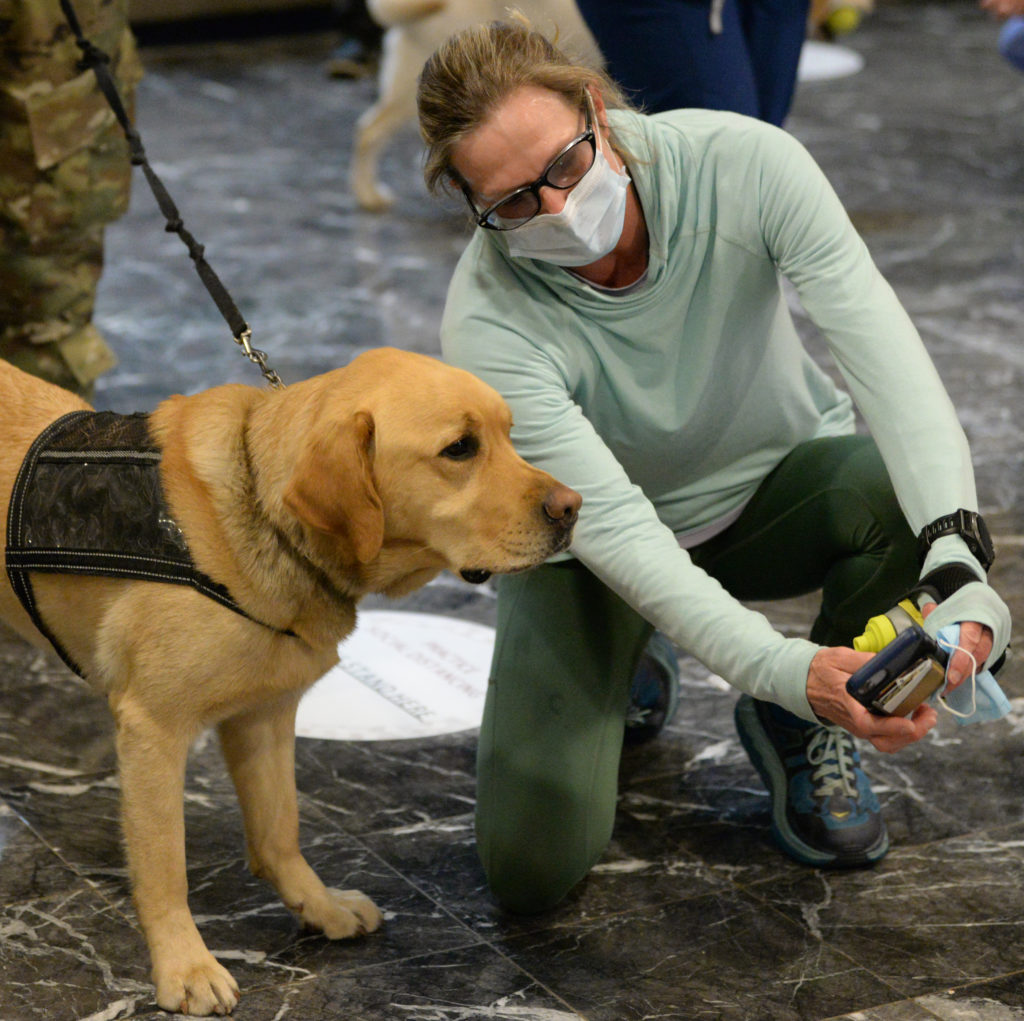 Dogs to detect coronavirus in Australia in the near future

How could we quickly diagnose people infected with COVID-19 in places such as hospitals or airports, or even shopping centres?

A Franco-Australian scientific collaboration between the National Veterinary School of Alfort and the University of Adelaide, called Nosaïs-Covid19, has shown that dogs can be trained to detect people infected with the virus, with a higher sensitivity than that of a conventional PCR test, even during the incubation period.

Australia, like other countries around the world, intends to deploy this screening method, which is considered effective, easy to implement, inexpensive and non-invasive.

How does it work?

Some diseases cause the human body to produce a specific odour, composed of VOCs (Volatile Organic Compounds). This is the case for diabetes, but not for colds. Luckily, this is also the case for COVID-19. It is this smell, and not the smell of the virus itself, that can be detected by dogs after specific training.

The use of canine olfactory abilities by humans is not new. All over the world, dogs are trained to detect food, explosives and drugs, and research has already highlighted their ability to detect diseases, including certain types of cancer or indeed Parkinson’s disease.

A collaboration between Australia and France

The Nosaïs project, created by the National Veterinary School of Alfort in France, initially aimed to develop a scientific approach to the detection of pathologies using canine senses. As of May 1, 2020, in the context of the pandemic, the project renamed Nosaïs-Covid19 is dedicated exclusively to the detection of people carrying the SARS-CoV-2 virus. The University of Adelaide joined the project soon after, and this was followed by financial support from the Australian government. For several months, dogs have been trained to detect sweat samples from people positive for COVID-19.

The results of this research are excellent, with a successful detection rate of over 99.4% according to Anne-Lise Chaber, researcher at the University of Adelaide. Dogs were even able to detect infected subjects during the incubation period, before the virus was excreted and therefore could not be detected by the PCR test.

Deployment of the COVID-19 Sniffer Dogs

In response to these promising results, several countries have begun to deploy trained sniffer dogs at airports or shopping centres. This is particularly true in the United Arab Emirates, Chile and Finland. The principle is simple: when a dog detects a positive person in the crowd, it sits in front of them.

An alternative method is also being considered, which would consist of making the dogs smell an absorbent pack which is placed for a few minutes under the arm of the people to be tested. With an estimated 15% of the population reporting a fear of dogs, this method also presents certain advantages.