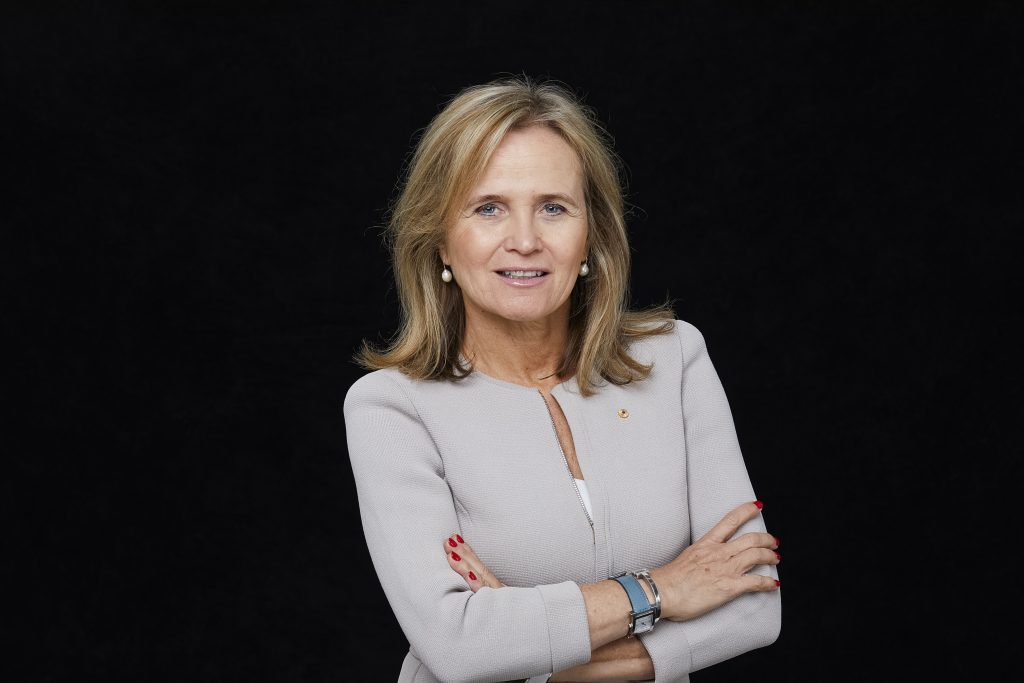 Prof. Sharon Lewin is the Director of the Peter Doherty Institute for Infection and Immunity in Melbourne. Specialised in virology, her main interest is in finding a cure for HIV, and to understand why HIV goes into hiding in people on treatment. In the last 2 years since the start of the COVID-19 pandemic, she became very active in the response to SARS-CoV-2. She is internationally recognised for her work as a leading infectious diseases expert.

The coronavirus pandemic has brought plenty of bad news over the last few months, but what are the good news regarding our fight against other infectious diseases?

In many ways COVID, to me, has brought a lot of good news to the science. The fact that we have seen several highly effective vaccines being developed, manufactured and injected into people in such a short time is really quite extraordinary. The world would be in a very different position if we had not been able to generate those vaccines. We were also able to use new technologies that we never used before the pandemic, such as mRNA and viral vector vaccines. The amount of scientific data generated, and the number of people working on COVID-19 is just unprecedented, and I think it will bring benefits in our fight against many infectious diseases.

There have also been other great achievements that we can celebrate. The first licensed malaria vaccine for example was announced in October this year by the World Health Organisation.

There have also been fabulous advances in the therapeutic and prevention areas against HIV. We don’t have a vaccine yet, but we have got better and better at finding ways to prevent HIV infection with antiviral drugs. The biggest advance in the last 12 months was probably the approval of an injectable anti-viral drug. People with HIV can now have an injection once a month or once every two months, instead of having to take a tablet every day!

You were recently appointed as President of the scientific advisory board of the new French Agency for Research on Emerging Infectious Diseases (ANRS-MIE). Can you tell us more about what this role involves?

It is a great honour for me to have this role. This agency is actually a joint agency that include the ANRS (National Research Agency on AIDS and Viral Hepatitis), which is the major funding body for HIV, viral hepatitis and sexually transmitted infection in France. The ANRS does some of the best HIV research in the world, not only in France but also in other French-speaking countries in Western Africa and in Asia. In January 2021 the ANRS expended to include emerging infectious diseases (“MIE”) and is now known as the ANRS-MIE. It has a substantial budget of around a hundred and twenty million euros a year, and therefore has a highly significant impact.

I chair the scientific advisory board, which has about 25 French and international members who are experts in HIV, hepatitis, emerging infectious diseases, epidemiology, clinical research … We try to be a very diverse group, and our members come from all over the world. The advisory board meets once a year, usually in Paris. We met more frequently recently to develop the strategic plan of the ANRS-Mie.

Do you often work with French researchers?

Yes, I do! I actually spent my sabbatical in Paris, where I worked at the Hôpital Pitié Salpêtrière with many HIV researchers. I am currently planning to create some joint projects with the head of the French collaborative network REACTing (Research & Action | emerging infectious diseases), that will concern one of our common study sites in Cambodia.

As an institute, the Doherty Institute also has a Memorandum of Understanding with the Institut Pasteur, a French organisation recognised worldwide for its work on micro-organisms, diseases, and vaccines. There are lots of similarities between our two institutes, as they are both founded on research, education and public health, and have a very strong focus on basic science and field work. In particular, we have a close collaboration with the Institut Pasteur in Cambodia, where a staff member jointly funded by both Paris and Melbourne is leading the COVID genomic response.

So I really have lots and lots of cooperation with France, and that is just from my own perspective in the Doherty Institute but I think in every institution you will find a lot of work with French researchers.

Before COVID-19, we had SARS 20 years ago, we had the Hong Kong flu 50 years ago, the Asian flu 65 years ago and the Spanish flu a hundred years ago. Even though these pandemics all had different origins, do we know if there is some kind of rhythmicity, or a minimum time, between pandemics?

This is a very difficult thing to predict. I think what we are likely to see is an increase in pandemic frequency due to several factors that are specific to the world we are living in now.

The first factor is global travel. Today’s world is very connected, much more than it was 20 or 50 years ago. We are now seeing many of what we call “mega cities”, which are cities with more than 10, 15, even 20 million people. Such a density of population makes a very good environment for new infections to take off.

The second type of factors are linked to changes in our environment. Deforestation for example is changing the natural habitats for animals, inducing more animals-humans interactions that can lead to the transmission of new viruses. Climate change may play an important role as well, as it is probably going to change the distribution of pathogen vectors such as mosquitoes.

All those factors contribute to why we will see more pandemics rather than less pandemics in the years to come.

You said animals-human interactions can lead to the transmission of new viruses. Is this a common mechanism?

Yes, it is the animal-human interface that we are predominantly seeing in the emergence of new diseases. We have seen that recently with the acquisition of the coronavirus from bats, but also with the Ebola virus that was transmitted to humans from monkeys, and the Zika virus that has been transported around the world through mosquitoes. It was also the origin of AIDS, which comes from a monkey form of HIV that eventually infected the human. We see this mechanism every year with influenza viruses, which come from birds and pigs. The animal-human interface is therefore a very important driver of infectious diseases.

Today is the international day of epidemic preparedness. How do we prepare for an epidemic, and what has Covid-19 taught us about how to better prepare for the next ones?

I think what we learnt from COVID is that the world was unprepared to the emergence of a new infectious virus such as the SARS-CoV-2. There is a lot that needs to be changed if we want to better prepare the next epidemics.

The main area in which we require a better preparation is in surveillance: an early detection of any new infectious diseases is essential. It will involve great collaboration and trust among every country, but also new technologies such as genomics, a very powerful tool when it comes to detecting new pathogens. This surveillance capability will have to be strengthened everywhere, not just in Australia or France.

We also need to be much better prepared in our ability to design and manufacture treatments as well as vaccines. We were in a pretty good position to rapidly produce vaccines because there were some investments that largely happened through an organisation called CEPI (Coalition for Epidemic Preparedness Innovations), however the capacity for vaccine manufacture only exists in very few countries. We will need to be much better at manufacturing vaccines in every region of the world.

I think the area where we were really unprepared for was treatments. Antiviral drugs have done miracles against HIV, hepatitis B and hepatitis C for example. Antiviral drugs can be very powerful, and we need to be able to develop those much quicker to any new virus infection.

Finally we also need a lot of behavioural, soft and social sciences research, and strong political leadership. You cannot manage a pandemic with science alone, you also need involvement of the community and informed political leaders.

All of that will better prepare us for future challenges.