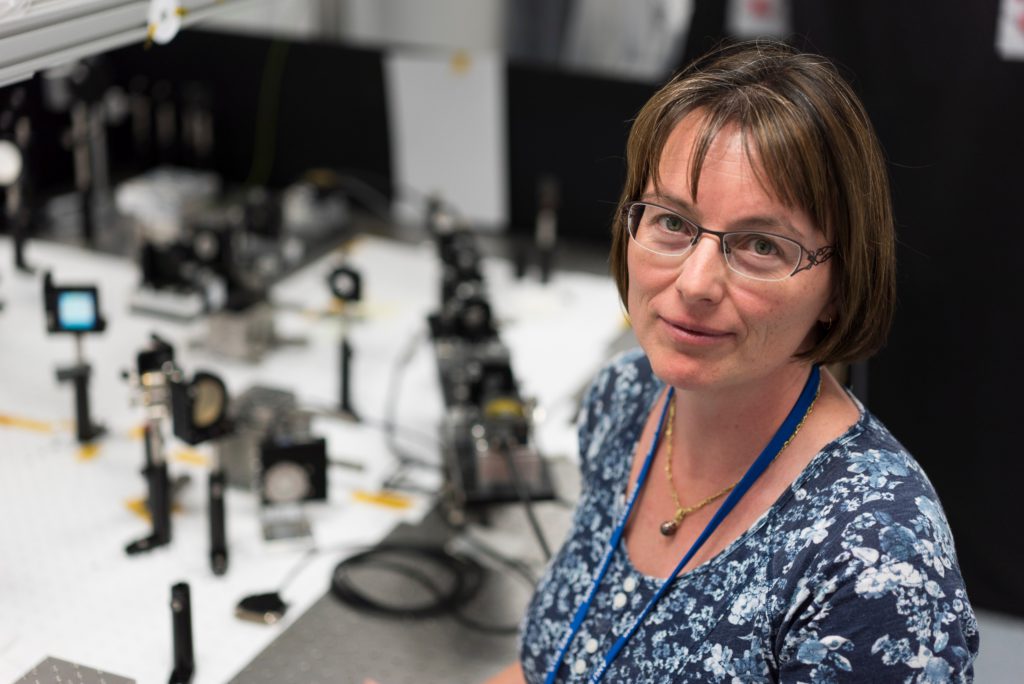 Creating artificial stars to improve our images of Space

Today we are talking with Pr. Céline d’Orgeville, Deputy Director of the Advanced Instrumentation and Technology Center of the Australian National University (ANU). Expert in optics and space instrumentation, Céline uses the “adaptive optics” technique to improve our images of Space.

Turbulence caused by variations in temperature, pressure and composition of the atmosphere alter our observation of Space. That is why stars sparkle instead of being fixed points of light. In order to obtain clear images of stars, galaxies or satellites, it is therefore necessary to remove the effects of this turbulence from the images.

To do so, Pr. Céline d’Orgeville creates artificial stars 100 km above the ground, using an adaptive optics technique called Laser Guide Star. To create these stars, a laser beam is sent from the observatory to excite the sodium atoms located in the mesosphere, making them glow. These artificial stars allow Celine to quantify atmospheric turbulences, and then subtract them from the images taken of Space.

After studying in France, Céline’s research first led her to the Gemini International Observatories in Hawaii and in Chile. Today, and for the past 10 years, she is practicing her adaptive optics skills at the Mount Stromlo Observatory in Canberra.

An active member of the Australian-French Association for Research and Innovation (AFRAN), Céline continues to maintain strong ties with France, as evidenced by her current cooperation with the French Aerospace Research Centre ONERA on the application of adaptive optics to laser communication.

In addition to her research activities, she is also strongly involved in diversity, equity and gender equality in astronomy and science in general. Her commitment has been rewarded several times, including recently with the SPIE Diversity Outreach Award.