Art and Environmental Concerns in Oceania: cultural expressions of climate change across the French-speaking islands in the South Pacific

This three-day interdisciplinary symposium is devoted to defining the role of writers, filmmakers and artists in the fight against climate change. What role does culture play in retaining and recording what has been lost, and in shaping a common future for the Pacific? In troubled political times and pressing environmental challenges for the region, how can culture create and mend connections between people?

This symposium will act as a platform for exchanging ideas, showcasing artistic voices and facilitating new connections between Australia, French-speaking Oceania and other regions of the South Pacific. It will bring together scholars, writers, artists and filmmakers, curators and cultural actors from Australasia and French-speaking Oceania. Together, they will discuss ideas across languages and disciplines, creative works, and initiate transnational and interdisciplinary collaborations around the pressing challenges caused by climate change in Oceania.

A key ambition of this event is also to challenge conceptions around climate change, especially the idea that environmental concerns belong to the realm of science and are separate from literature and the realm of imagination. 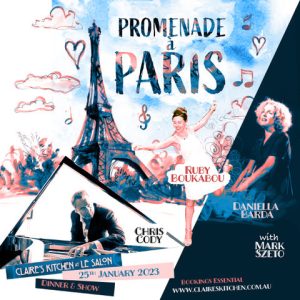 This delightful cabaret is a musical stroll through the French capital. Audiences will magically:

Daniella Barda spent over 20 years in Paris and throughout Europe entertaining people with her beautiful melodies and touching tones. She flows smoothly between styles – from Broadway tunes to Big Band, modern jazz to Bossa Nova. A passionate performer with a great sense of humour, Daniella’s gigs are always a treat to attend whether they be in a piano bar in the Latin Quarter, a jazz cave in the Marais or at the Festival d’Avignon.

Ruby Boukabou is a writer, tap dancer and cabaret performer based between Sydney and Paris. She has spent the last couple of decades tapping up a storm in cabarets and concert venues around the world from Zurich to Paris, Melbourne to Mumbai, London to Cairo. She is also a travel reporter and the author of ‘The Art Lover’s Guide to Paris’, ‘The Architecture Lover’s Guide to Paris’ and ‘Sense in the City, Paris’.

Past cabarets Ruby has written and performed include ‘Parisian Rendez Vous’, ‘The Paris Cats’ and ‘Paris by Night’. www.rubytv.net

Double bass player Mark Szeto has toured extensively with the Sydney based world music band Monsieur Camembert including performances at the Montreux Jazz Festival in Switzerland. The band won an ARIA award for Best World Music Album in 2003 for Absynthe and again in 2005 for their self-titled double album. He has since played with many of Sydney’s classical ensembles and for many touring international artists and local music greats.

About the Night of Ideas (La Nuit des Idées)

The Night of Ideas was created in 2016 by the Institut Français. This international annual event aims to stimulate discussion by inviting speakers and performers from varied disciplines to respond to a single theme from their perspective. Typically, the event includes researchers, journalists, artists, performers, architects and social scientists. The goal is to share original views, research and debates with the public. Since its creation, the Night of Ideas has been presented in more than 190 cities around the world.

The MCA presents the 8th edition of the annual global event, the Night of Ideas 2023 (La Nuit des Idées) dedicated to the theme of More (Plus)?

The theme of this year’s Night of Ideas More (Plus)? addresses the seemingly never-ending need for ‘more’, whether in the form of over consumption, stimulation, possessions or pushing boundaries in the pursuit of excellence. As a counterpoint, there will also be a focus on finding balance and value within slowness.

Moderated by Amanda Collinge (ABC’s Producer of Q+A) and Daniel Browning (ABC’s The Art Show) the line-up features speakers from France and Australia, including: 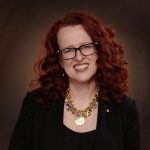 Inaugural Director of the School of Cybernetics, and Florence Violet McKenzie Chair at the Australian National University (ANU), Geneviève Bell is best known for her work at the intersection of cultural practice and technology development. She is widely recognised as an influential voice within academia, industry and government. For the Night of Ideas she will share insights about how a cybernetics approach can help us frame a difference conversation about our future with data and technology. 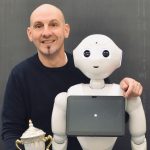 Professor at Ecole Nationale d’Ingénieurs de Brest (ENIB) in France and researcher on artificial intelligence and human-robot interactions, Cédric Buche is also an Adjunct Professor at the University of Adelaide and a visiting scholar at the Flinders University. In 2021, he moved to Adelaide and joined the International CNRS Research Lab CROSSING (French Australian laboratory for Humans –Autonomous Agents Teaming). 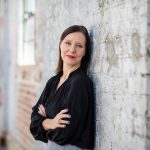 Guest curator of the MCA’s Do Ho Suh exhibition and CEO of Bundanon Trust Rachel Kent on the quality of slowness in the artist’s work.

Rachel Kent is an experienced arts leader, art historian and head curator with extensive experience working with international museums and cultural institutions. The MCA’s Head Curator for over two decades, she is the CEO of Bundanon Trust. 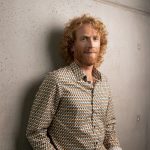 Contemporary artist Dr Danie Mellor exploring alternative creative spaces and the role of NFT’S in the evolution of art.

An established contemporary Australian artist who lives and works in Bowral, NSW, Dr Danie Mellor’s multidisciplinary practice explores the intersections of contemporary and historic culture. In considering Australia’s recent and ancient past, his work traverses the breadth of our shared and unique histories. Dr Mellor’s revaluation of iconic landscape traditions is informed by his connection to place through Aboriginal heritage, and ongoing preoccupation with Australia’s landspace. 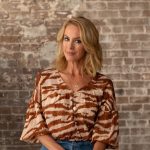 Best-selling author, podcaster, philanthropist and climate change advisor, Sarah Wilson, known globally for founding the I Quit Sugar movement on the benefit of slowing down.

Sarah Wilson is a multi-New York Times and Amazon best-selling author, podcaster, international keynote speaker, philanthropist and climate change advisor. Sarah is known globally for founding the I Quit Sugar movement – a digital wellness program and 13 award-winning books that sell in 52 countries – which saw millions around the world transform their health.

Part 1 – More for more, is it worth it?
Featuring Kirsha Kaechele, David Schlosberg, Robyn Williams and Genevieve Bell

Also during the Night:

Entry to Do Ho Suh, the Sydney International Art Series 2022/2023 exhibition, is included in your ticket.

★★★★★ “ROOM is a rare wonder of the senses and an absolute triumph. Outstanding.” – The Wee Review 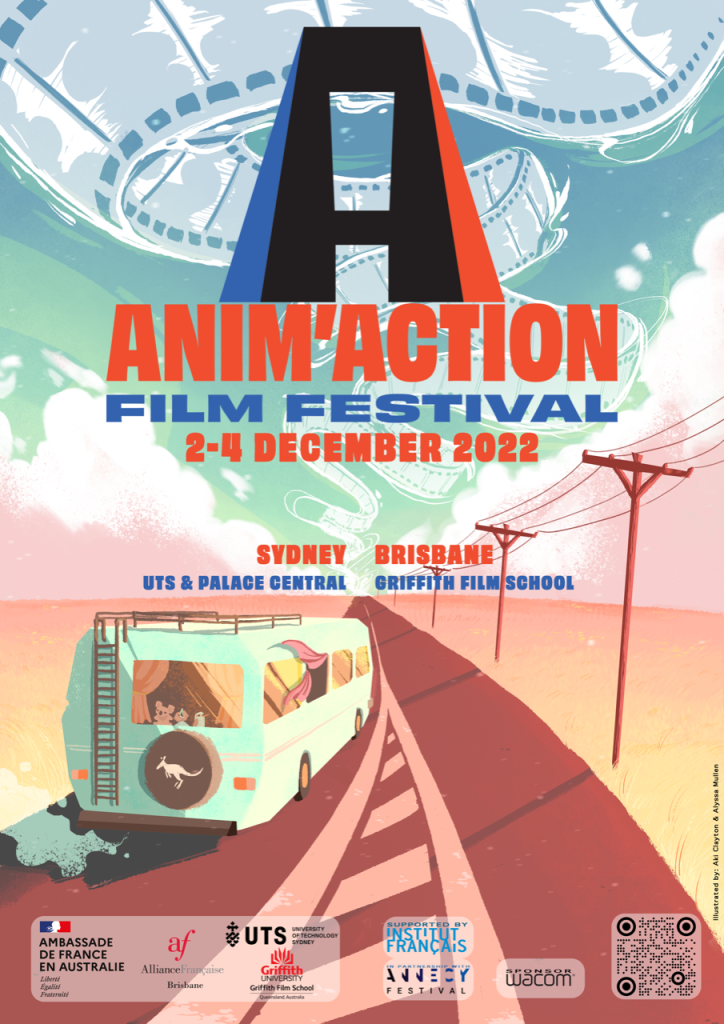 A well-known traditional French recipe from the Burgundy region in France, created in the early 1900s’ by the king of chefs, Auguste Escoffier. More than a beef stew, it is braised in red wine over two days, flavoured with carrots, onions, garlic, and a bouquet garni….accompanied with soft, creamy mash potatoes.

Vegetarian / Vegan – French Roasted Cauliflower with thyme, accompanied with a French country salad – Must be requested by email 48 hours prior to show date

French-Australian jazz pianist and composer, Chris Cody, and his quartet invite you to a music-texte-and video performance, Astrolable – Suite for Lapérouse, inspired by the extroardinary three-year voyage of the French navigator Jean-François de La Pérouse.

Chris Cody has closely studied La Pérouse’s incredible voyage and disappearance at sea which have been an inspiration for Cody’s work and have invited him to explore different times and places, identity and the meetings of cultures.

The powerful and moving music ranges from jazz, classical to diverse world music influences inspired by the voyage. It leaves space for the musicians to open up and improvise over the different moods, textures and styles, ranging from calm meditation to exuberant joy.

The Grand Final will reward the best 15-minute art talk given by a university student from one of the top five Australian Universities, in front of a jury composed of leading Australian arts professionals.

The art students have been selected through a three stage process and each university champions will participate in the Grand Final which will provide some of the most engaging art talks in the country.

The 2022 theme of the event is the “Influence of Matisse on Australian Art” and is largely inspired by the current Matisse exhibition Life & Spirit, Masterpieces from the Centre Pompidou, Paris, at the Art Gallery of NSW in Sydney, 20 November 2021- 13March 2022.

This competition and the prizes awarded are designed to provide unique opportunities to university art students.

If you are in Sydney, don’t miss the First Eloquence Art Prize in the country!

Audiences will magically: Wander through Montmartre in the Belle Epoque. Live it up at Maxim’s in the Jazz era.Swing to gypsy jazz in the 40s in Bastille.Catch Edith Piaf performing at the Moulin Rouge.Experience existentialism in the 60s on the Left Bank.Saunter down the Seine with Serge Gainsbourg. Bop to jazz on a barge by the Pont Marie.

Audiences will magically: Wander through Montmartre in the Belle Epoque. Live it up at Maxim’s in the Jazz era.Swing to gypsy jazz in the 40s in Bastille.Catch Edith Piaf performing at the Moulin Rouge.Experience existentialism in the 60s on the Left Bank.Saunter down the Seine with Serge Gainsbourg. Bop to jazz on a barge by the Pont Marie.