In France, the 1st May isn’t simply a paid day off work. This day has historical and social importance.

The 1st of May, la fête du travail, is one of the 11 public holidays in France.
It is the equivalent of Labour Day, which is celebrated in Australia on varying dates depending on the State or Territory you’re in.

The commemoration on this date stems not from France but from the United States, in particular in Chicago, where on the 1st of May 1886 workers went on strike and protested demanding an 8 hour work day.
The protests turned violent and initially the day was commemorated in memory of those who lost their lives that day.

The 1st of May has been a public holiday (jour férié) since 1947. It is the only day stipulated in the Code du travail (the work code) as being an obligatory paid day off for salaried workers regardless of their status or role within the business for which they work. There are of course exceptions for establishments and services which because of the nature of their activity cannot simply close down for the day – hospitals for example.
So those who work on 1st May must be paid double their usual daily rate.

Still a day for social rights

In France, 1st May isn’t simply a paid day off work. Parades and demonstrations for workers’ rights still take place on 1st May, organised by trade unions and other organisations.

The 8 hour working day was legislated in France on 23 April, 1919. The 1st May was made a public holiday from that year but was suspended during World War II. The public holiday was reintroduced in 1947.

When la fête du travail was first introduced in France, the workers’ movement was symbolised by a red triangle which represented 8 hours of work, 8 hours of sleep and 8 hours of leisure.
Unfortunately, during the Second World War, the Nazis repurposed the symbol to identify Jewish people and those opposed to the Third Reich, and today it remains a symbol of the Far Right.

Lily of the Valley

These days the Lily of the Valley flowers (muguet in French) are the symbol of Labour Day in France. Yearly, on the 1st of May, since the beginning of the 20th century, muguet is given as a token of appreciation or love in France.
You’re also allowed to sell them by the roadside on that day without having to pay taxes on your income.

The gifting of muguet is believed to date back to 1560s in France when a Knight gifted King Charles IX some Lily of the Valley flowers. It’s believed he enjoyed it so much that he then started to gift the ladies of his court each 1st May. 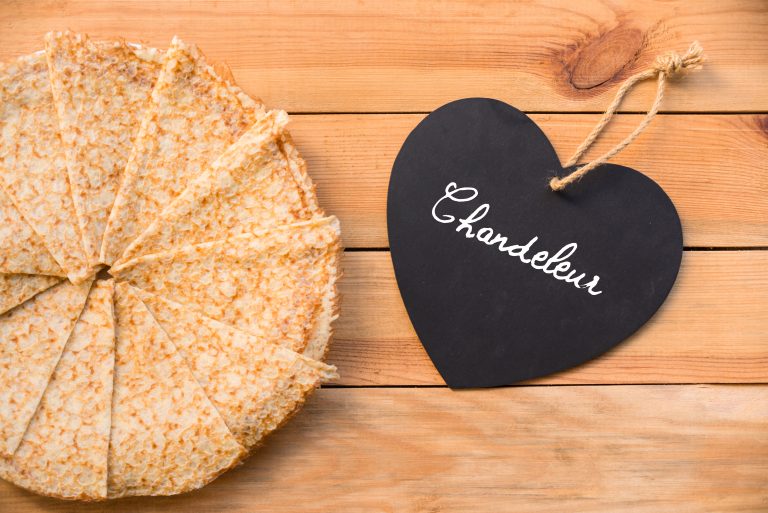 On Tuesday 2 February of each year, the French celebrate La Chandeleur with crêpes. Find out about the tradition and the superstitions below. 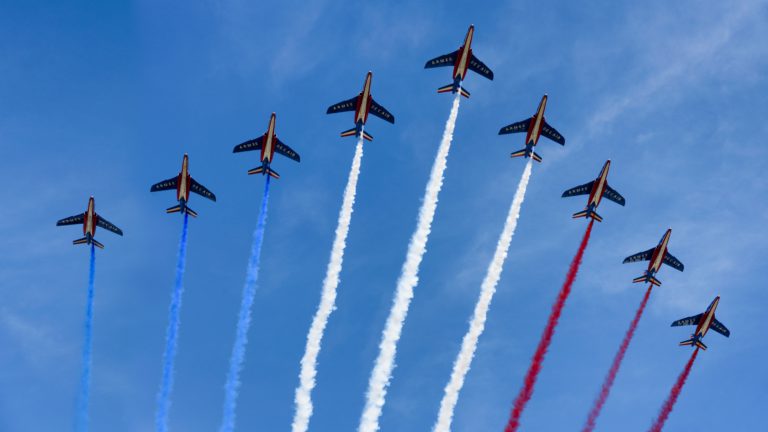 Find below all the events organised for Bastille Day!