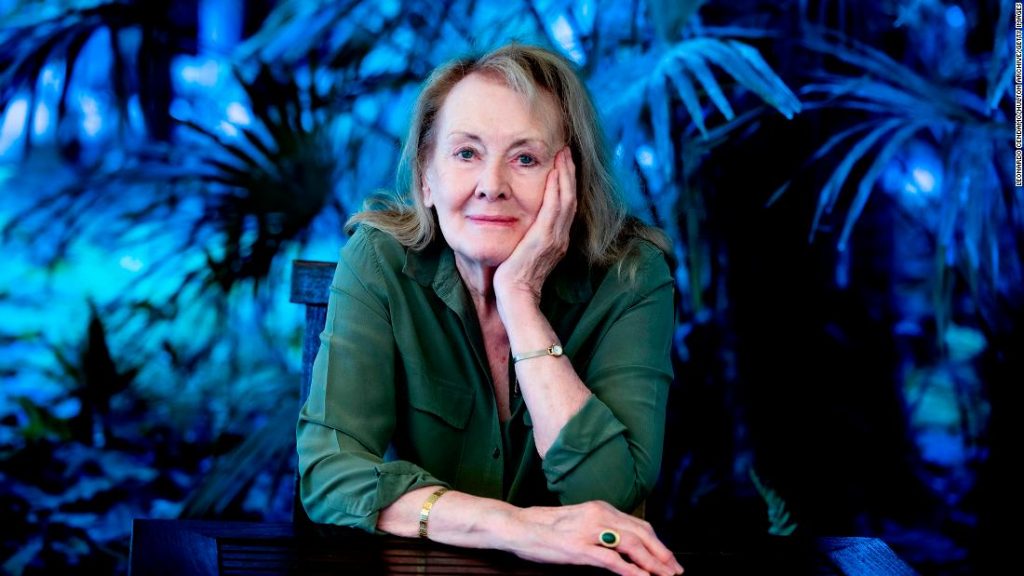 Annie Ernaux was awarded the Nobel Prize for Literature on October 6, she is the first French woman to win the Nobel Prize in Literature since 1901. Read the article by Prof. Véronique Duché to learn more about 'The Mother of Sociological Fiction' and her works.

Written by The Conversation

Article written by Véronique Duché | A. R. Chisholm Professor of French at the University of Melbourne

This follows her 2019 shortlisting for the Man Booker International Prize for Literature, for The Years (translated by Alison Strayer, originally published in 2008), a personal narrative of the period 1941 to 2006 – acclaimed in France as a modern In Search of Lost Time.

Considered the mother of contemporary sociological autofiction, Ernaux claims to write “something between literature, sociology and history”. To write “life”, she uses language as “a knife”. Her short, sparse, unlyrical, minimalist writing is wielded as a sharp weapon.

Read more: When the fabricated lives of French authors are just as gripping as the books they write

Her Nobel win is not a surprise. In 2021, she was widely named as a favourite to win the prestigious award. A fake Twitter account created by an Italian writer, Tommaso Debenedetti, had even announced her win in 2021 – a hoax that misled many. And in the days leading up to her award, online bookmakers ranked her as a favourite.

French president Emmanuel Macron paid tribute to Ernaux as the voice of “the freedom of women and the forgotten [people] of the century”. He tweeted: “Annie Ernaux has been writing the novel of the collective and intimate memory of our country for 50 years.”

Born Annie Duchesne in 1940 in Normandie, Ernaux grew up working-class in a small town, Yvetot, where her parents ran a café–grocery shop. Her mother wanted the best education for her and pushed her to study. Ernaux was destined to become a teacher; she taught literature. She married into a bourgeois(middle-class) family. Her work explores her break with the world she grew up in, as she acquired cultural capital.

Building on the raw material of her diaries, Ernaux’s work reflects on her social trajectory, developing the ideas of “class betrayal” and “social shame”. She excavates how constant self-monitoring (for example, of language), for fear of being stigmatised, can create permanent feelings of social and cultural insecurity. She never spares her parents – nor herself.

Her books provide a mirror to readers who have experienced the same social gap, allowing them to (re)compose their personal and social identity. Her style is labelled “écriture blanche” (which literally translates as “white language”) – a language that doesn’t betray any social trend.

While Ernaux’s books draw on her own experience, sensations and emotions, her stories are never just her own. Her individual experiences represent collective ones – as Macron acknowledged after her win. She’s the author of 24 books, including 18 published in the prestigious Collection Blanche from French publisher house Gallimard.

The Swedish Academy praised her for “the courage and clinical acuity with which she uncovers the roots, estrangements and collective restraints of personal memory.”

Read more: Friday essay: ‘with men I feel like a very sharp, glittering blade’ – when 5 liberated women spoke the truth

Ernaux made her literary debut in 1974 with a hard-hitting book, Cleaned Out, a fictionalised account of her own illegal abortion. The opening pages present the narrator, Denise Lesur, waiting in her university room for the outcome of her abortion.

As she wonders how all this happened, she retraces her journey through her rather happy childhood in a regional small town, her brilliant schooling and her entrance to university. Denise is actively supported by an ambitious mother who seeks social advancement for her – but she has the growing feeling of not belonging, of being an outsider.

A Frozen Woman (1981) builds on the same experience, but enlarges the scope to include marriage and maternity. The narrator marries into a bourgeois family; however, the bourgeoisieproves to be conservative and conformist. Marriage leads to domestic subjugation, which the narrator strongly denounces.

The following books, less violent in tone, elaborate on her parents. A Man’s Place (1984), for which Ernaux was awarded the prestigious Prix Renaudot, is dedicated to her working-class father. Ernaux paints his portrait in a series of subtle touches: poverty and a rough life, a move from the countryside to the city, the semi-success of his small business.

A Woman’s Story (1988) traces the different faces and life of her mother, who has Alzheimer’s disease, while exploring her own ambivalence towards her.

Two further books complicate this parental diptych. The first lines of Shame (1997), read as an echo of Camus’s The Outsider: “My father tried to kill my mother one Sunday in June, in the early afternoon.” I Remain in Darkness (1997) expands on her mother’s Alzheimer’s, and reflects on her death. It’s the work of a grieving daughter; the title is the last sentence her mother wrote. This book is the diary Ernaux wrote, expressing her pain and emotions on the spot, after each visit to her mother in the aged care home where she died.

Ernaux went on to explore her formative years. She revisited her abortion, this time as memoir rather than fiction, in Happening(2000). She wrote about her abrupt entry into a sexual life, aged 18, in A Girl’s Story (2016). And about the family secret – the death of her sister before she was born – in L’Autre Fille (2011) (The Other Girl).

A critically acclaimed film of Happening, directed by Audrey Diwan, won the Golden Lion at the 2021 Venice Film Festival, and premiered at the Alliance Française French Film Festival this year.

In other books, she investigates sexual addiction, desire and its satisfaction. Two narrate a short liaison with A., a Russian man: Simple Passion (1992) – adapted for a 2021 film directed by Danielle Arbid – and Getting Lost (2001). Simple Passion begins with Ernaux reflecting on watching her first pornographic film. That’s how we should write, she concludes – we should aim for “this impression provoked by the scene of the sexual act, this anguish and stupor, a suspension of moral judgement”.

The Possession (2002) recounts the end of her liaison with W., and her experience of jealousy. And L’Usage de la photo (The Uses of Photography), co-authored with Marc Marie, comments on 14 photographs taken by the co-authors, who are lovers. Ernaux’s most recent book, Le jeune homme (2022), recounts her relationship with a man 30 years younger than her.

Regarde les lumières mon amour (2014), for instance, offers a diary of the time she spent in her local Auchan hypermarket. The Years, considered her masterpiece, offers a synthesis, where she “put[s] the world in words”. By referring to objects, words, songs and television programs, over a span of 65 years – combined with notes from her diaries – she captures a truth of her time. “It is both the story of my life and that of thousands of women who were also in search of freedom and emancipation,” she told Agence-France Press in May 2022.

Ernaux is a feminist, fed by Marxism, existentialism and phenomenology. She has enthusiastically observed the effects of the #metoo movement. “Women are no longer willing to let things happen to them,” she has said.

For Ernaux, writing is a political act. She says the Nobel prize is “a very great honour” but also “a great responsibility” – one she was given in order to bear witness, on behalf of “justice and righteousness”.

In May 2022, at the Cannes Film Festival, Ernaux presented Les Années Super 8, a film she co-directed with her son David Ernaux-Briot. It’s a delicate journey into the life of a French family, compiled from home movie images filmed from 1972 to 1981.

And it’s another way of entering Ernaux’s world – our world. 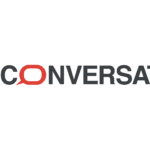 The Conversation Australia and New Zealand is a unique collaboration between academics and journalists that in just 10 years has become the world’s leading publisher of research-based news and analysis. 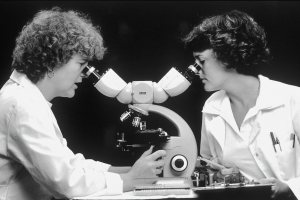 On the occasion of Australian Science Week, AFRAN and the Embassy of France in Australia will be organising a free event celebrating women in science. The conference will be followed by the screening of Marie Noëlle's Marie Curie, read on to learn more about this historic yet ageless film. 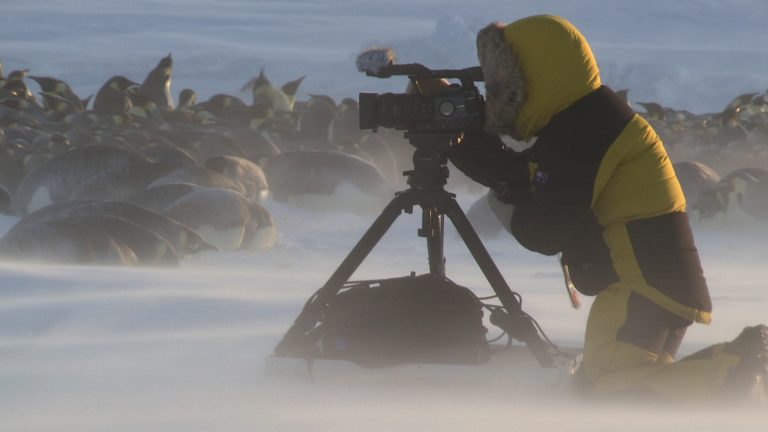 Portrait of the Empress of the South – Frédérique Olivier 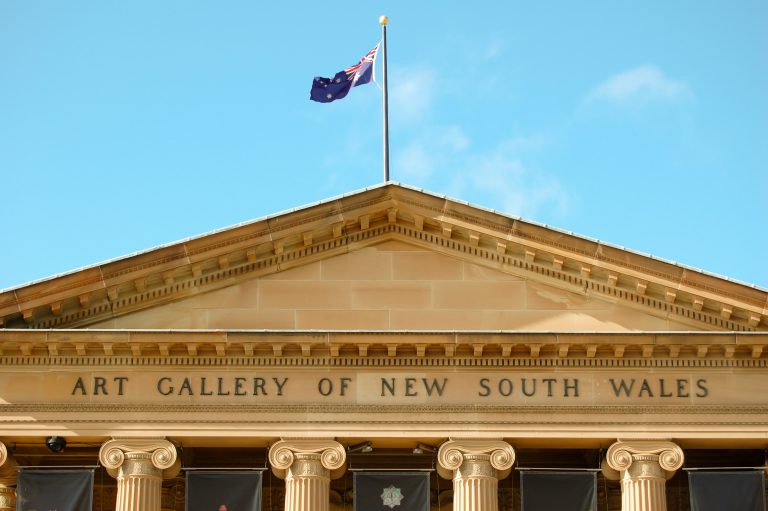